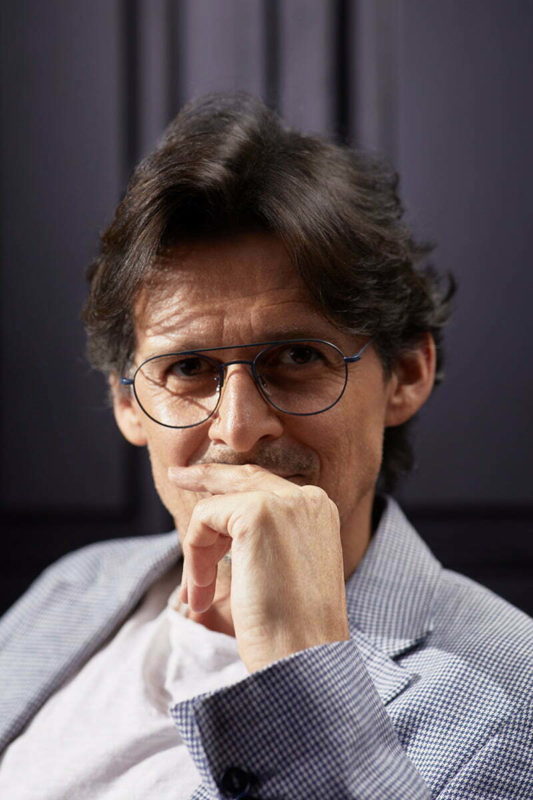 In Bologna, everyone calls him TALLA. Optician since 1987, Gianluca Gualandi creates and develops two optical shops between 1989 and 2005. In 2000 he opens a small concept store of niche glasses and accessories. This is the opportunity to discover a new world!

In 2004, at the Salon de l’Optique in Paris, he meets Caroline Abram, designer of accessories for the Filao brand, and in 2006 he settles for love in Paris.

Since 2008 he has collaborated in the creation and development of the brand Caroline Abram, a collection of frames devoted entirely to Women. In September 2016 he presents his project TALLA EYEWEAR, dedicated entirely to Men.

In his collections, he claims discretion in everything. “I imagine the eyewear as the ultimate accessory of masculine elegance.”

Curious about art, he loves design and fashion, but his great passion is cooking. “Cooking releases and enriches my imagination, setting up a dish is like creating a small work of art.”

Thanks to his mother, seamstress in haute couture, he learned the sense of precision and attention to detail. The cleaning cloths to put in the pocket of the jacket and the glasses cases thought like a tobacco box, complete the universe TALLA EYEWEAR.